This lesson you’ll see how is it possible to represent the wallpaper, having a photo only.

Open a girl’s photo for the beginning: File ? Open (ctrl+o)

Using Polygonal Lasso Tool, mark it out along its contour.

Then cut it out (Edit ? Cut (ctrl+x)) and insert it on a new layer: Edit ? Paste (ctrl+v). The layer containing the rest of the picture must be deleted (Layer ? Delete – Layer). Apply next step the Crop Tool and enlarge the illustration’s size to have enough place for the background.

Create now a new layer: Layer ? New ? Layer and place it on the bottom, just clicking on it and move it on the necessary place. After that, paint it, using the Gradient Tool.

Get back to the girl’s layer processing. Correct the brightness, contrast and the color, using next combination: Image ? Adjustments ? Curves (ctrl+m).

We’ve got such a picture:

Copy then the layer that we’ve got: Layer ? Duplicate Layer and make the girl’s picture totally white, applying next selection: Image ? Adjustments ? Brightness/Contrast.

Then blur a little the outside picture’s contours with the Blur Tool.

Use the Brush Tool for creating long eyelashes.

Copy the layer containing the eyelashes and blur out the copy, applying Filter ? Blur ? Gaussian Blur.

Create now a new layer, above the girl’s one and put them in a group: Layer ??? Create Clipping Mask, but the future drawing must not get over the contours of the illustration. Next step includes taking the Brush Tool and picturing the flowers on the girl’s skin. 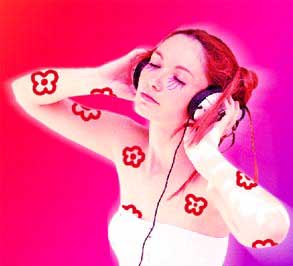 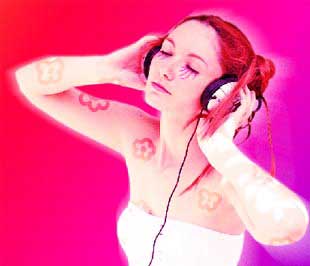 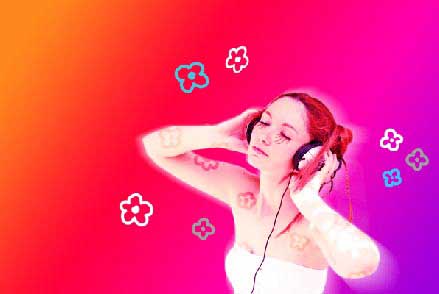 Choose a brush now having the butterfly’s ornaments form a standard brush’s set Special Effects Brushes. Then paint out above the background’s layer several butterflies of different sizes and different angles, but of the same color for the beginning. 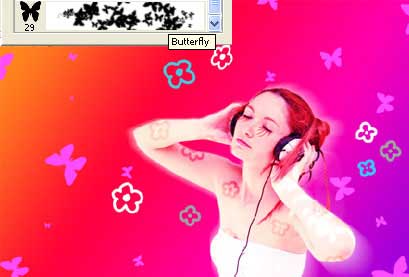 Then choose a different color (on a new layer): 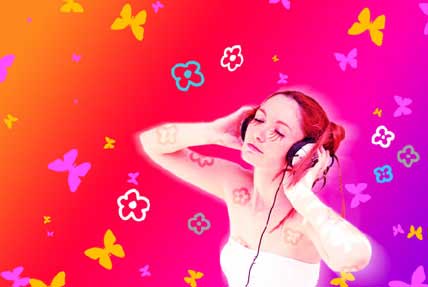 Change the layer’s type with the lilac-colored butterflies on Linear Dodge. The yellow butterflies’ layer must be changed on Screen. 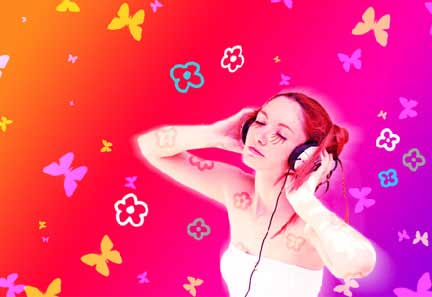 Get back to the Basic Brushes and choose a big size brush, changing a little its adjustments on the Brushes window. 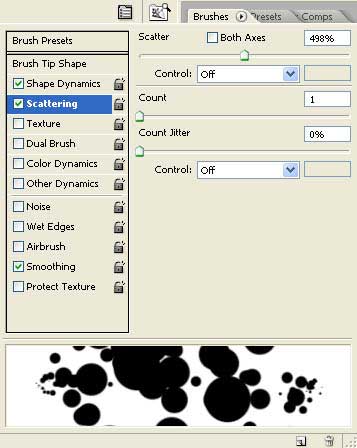 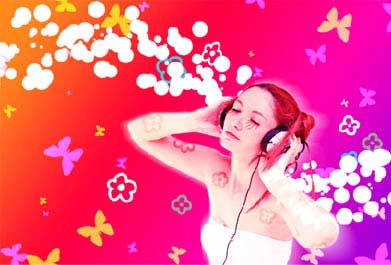 Copy this layer, applying next command: Layer ??? Duplicate Layer and increase its size: Edit ??? Free Transform (ctrl+t). Place this layer lower than the basic one containing the bubbles and change the layer’s type on Overlay. 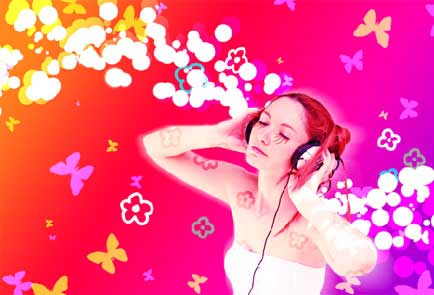 Pick now from the standard brushes’ set representing the stars the appropriate brush (it can be downloaded here: http://www.deviantart.com/deviation/30000107/?
qo=20&q=by%3Aanarasha&qh=sort%3Atime+-in%3Ascraps) and draw several stars around the girl. 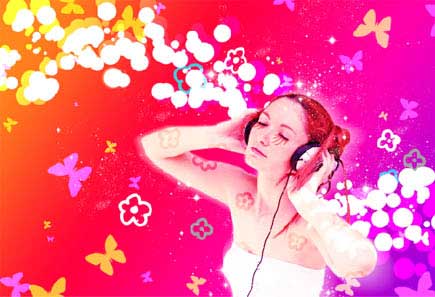 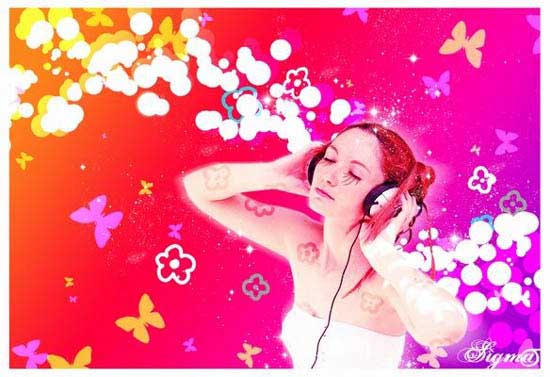 The illustration is ready!