Curves Are an Abomination

Curves Are an Abomination

Curves Are an Abomination …and so is the Shadows/Highlights command. Unless, of course, you want to create art that is not photographic; art that specifically is not intended to accurately represent the real world. 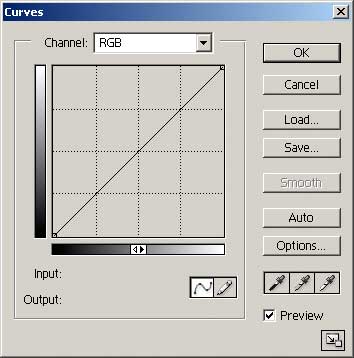 Scientists and engineers have spent over a hundred years perfecting all aspects of photographic image capture. Optics for even a cheap point and shoot camera are extraordinarily good; high-end glass is beyond extraordinary. What you get from your camera is as good a record as you can get of the relative values of the light in the scene photographed.
The reasons why light has fallen on a particular scene in the way that it has are beyond what any person, expert or not, can understand. Every element in that scene (and near, but outside what is included in the photograph) is bouncing, blocking, or absorbing light to a greater or lesser degree—including the sky, and the air. It is not possible for the human mind to comprehend all of the workings of light in a given scene.

Yet, almost every new (and experienced) user of Photoshop will look at a picture for a minute or two, say to himself “That light isn’t right,” jump into the curves dialog, slap a dot (or two…or three, or four…) onto a line in a two inch square proxy, drag it this way and that, eyeball the picture and say, “much better!” As if he or she knows more about light than light itself.
Curves distort the relative values of light within a picture. There is no justification for such a distortion; the relative values of light are correct as the camera recorded them.
You may be thinking that Ansel Adams manipulated his pictures in much the same way as curves does. No, he did not. He manipulated all of the tones in a given area (not a given tonal range), by dodging and burning or by manipulating the processing of his negatives or film. He made all of the tones within that area of the picture either brighter or darker, or he made all of the tones more or less compressed (contrast manipulation) but the relative brightness of the tones within that area were always maintained. He never distorted the relative tonal values.
Levels adjustments also manipulate the tones in an image, but Levels respects the relative tonal values. You can apply a Levels adjustment to a particular part of a picture by using its adjustment layer mask, manipulating local brightness much as Ansel Adams did. The relative values within that area are respected. You can stretch all of the tones or compress all of the tones but you can’t take a limited set of tones and distort them relative to adjacent tones—and throughout the rest of the picture.
When you apply a curves adjustment, when you drag a point on the tone curve, all tones of that brightness anywhere in the image are distorted. The relative values of those tones are ruined.

Curves are useful for creating hot highlights on fake chrome. They are useful for commercial illustrations where arbitrary color and lighting are what is intended. Otherwise, curves are an abomination.