This tutorial I’ll show you a method to create the wallpapers with a celebrity on them, using two photos and the program’s possibilities. We’ll see also how is it possible to correct the colors, change the background and use several program’s filters.

For the beginning we have to create a new file of standard size wallpapers: File ? New (ctrl+n).

The background’s layer should have the white color by applying the Paint Bucket Tool on it. Then open in a new window the picture of the celebrity we want to see on the wallpapers: File ? Open (ctrl+o).

Mark out the picture, selecting the Rectangular Marquee Tool and make a copy of it: Edit ? Copy (ctrl+c). Get back to the wallpapers’ file and insert the copy on a new layer: Edit ? Paste (ctrl+v). Make use next of the Polygonal Lasso Tool to mark out the background the girl is situated on and erase it.

Move off the markings: Select ? Deselect (ctrl+d) and apply the next command Edit ? Free Transform (ctrl+t) to correct the girl’s dimensions and the placement.

Select after that the Smudge Tool with blurring motions to make the hair tips livelier. 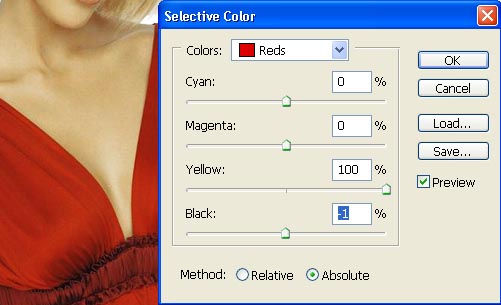 The brightness and the contrast may be corrected with the combination Image ? Adjustments ? Levels (ctrl+l). 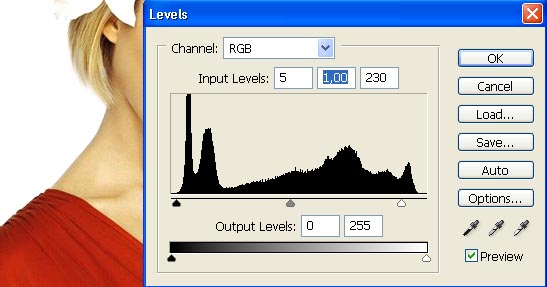 Insert on a new layer (Layer ? New – Layer) above the background’s layer a picture of the city in the night. 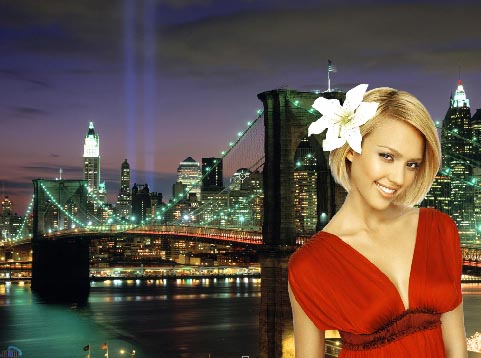 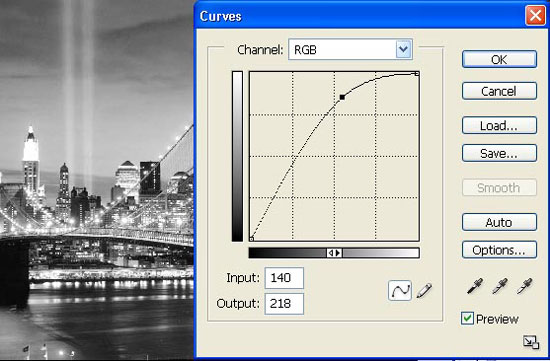 Apply to this layer the next filter’s option: Filter ? Sketch ? Water Paper. 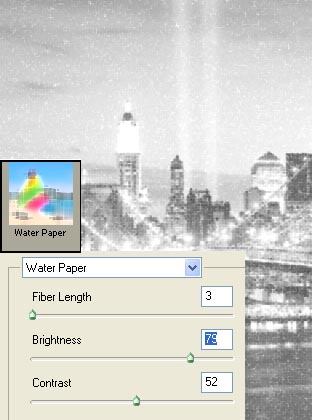 Minimize the city’s layer Opacity till 60%. 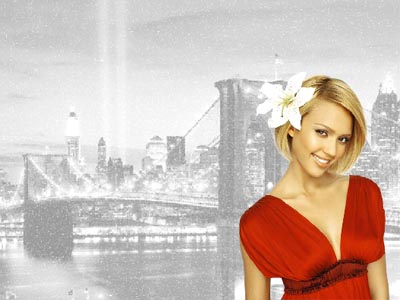 Make now four copies of the girl’s layer: Layer ? Duplicate Layer (ctrl+j). One of the copies should be left where it is now. The rest three copies must be directed to the left side, minimizing continuously their size (ctrl+t). Merge down the layers ? copies: Layer ? Merge Down (ctrl+e). 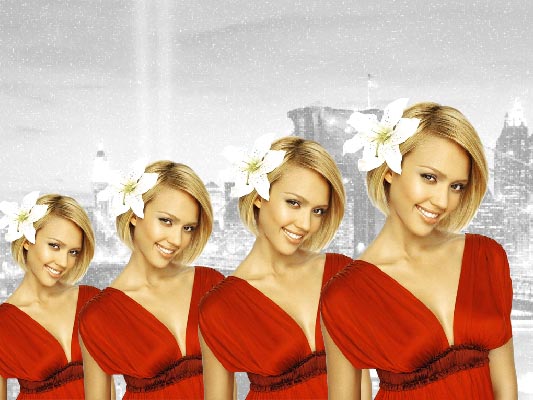 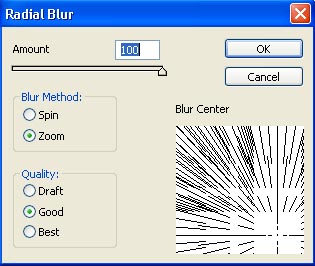 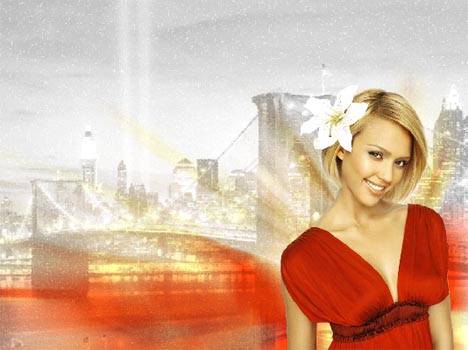 Make use now of the Custom Shape Tool and the next command Edit ? Free Transform (ctrl+t) on a new layer and insert the ornaments out of the standard set. We have to change also their placement’s corner and the size (the color should be the same the girl’s dress is, using the Eyedropper Tool): 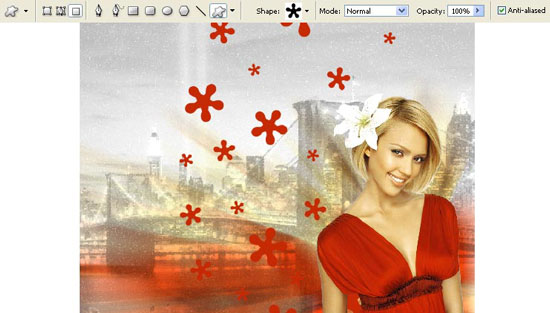 Make a copy of the girl’s layer (ctrl+j) and place it above the ornaments’ layer. Then group them out: Layer ? Create Clipping Mask (ctrl+g) and finally enlarge a little the picture (ctrl+t). 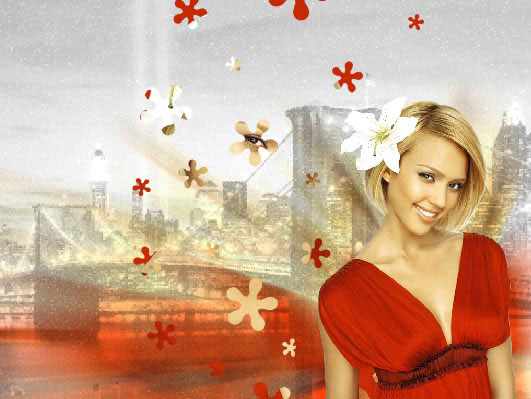 Combine the grouped layers (ctrl+e) and select the next options: Edit ? Stroke?, firstly for the ornaments’ layer and then for the girl’s layer. 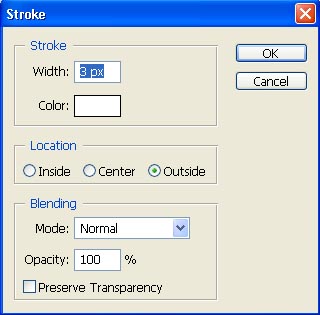 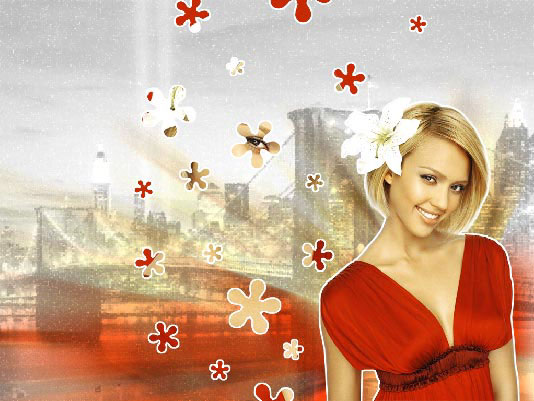 Merge down all the layers now: Layer ? Merge Visible (shift+ctrl+e) and make a copy of the new made one (ctrl+e). Next we have to blur it out, using the filter shown here: Filter ? Blur ? Gaussian Blur. 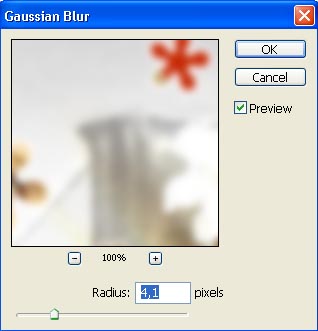 Change the layer’s Blending Mode on Overlay and don’t forget to minimize the Opacity till 32%. 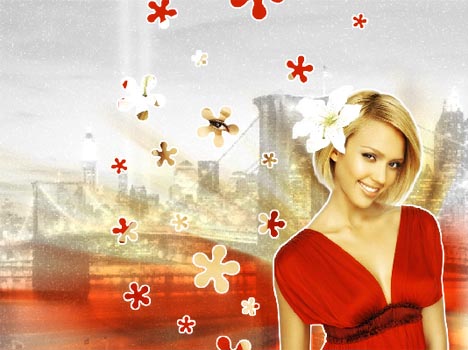 We have to insert on a new layer a thin frame, selecting previously the Rectangular Tool. 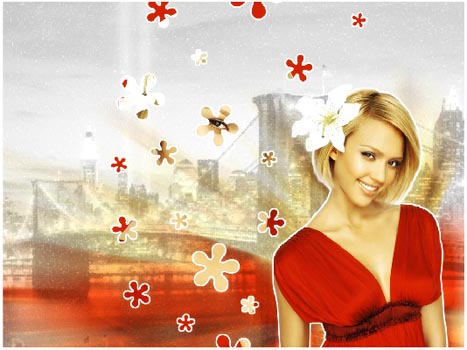 Now we have to select the set of ready to use brushes (http://www.deviantart.com/deviation/44164521/ ?q=by%3Aanarasha-stock&qh=sort%3Atime+-in%3Ascraps) to insert on the picture white color’s sprays along the wallpapers. If they are not enough intensive, we may just copy several times the layer containing the sprays (Ctrl+j). 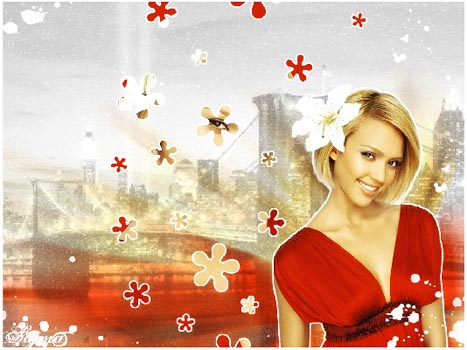